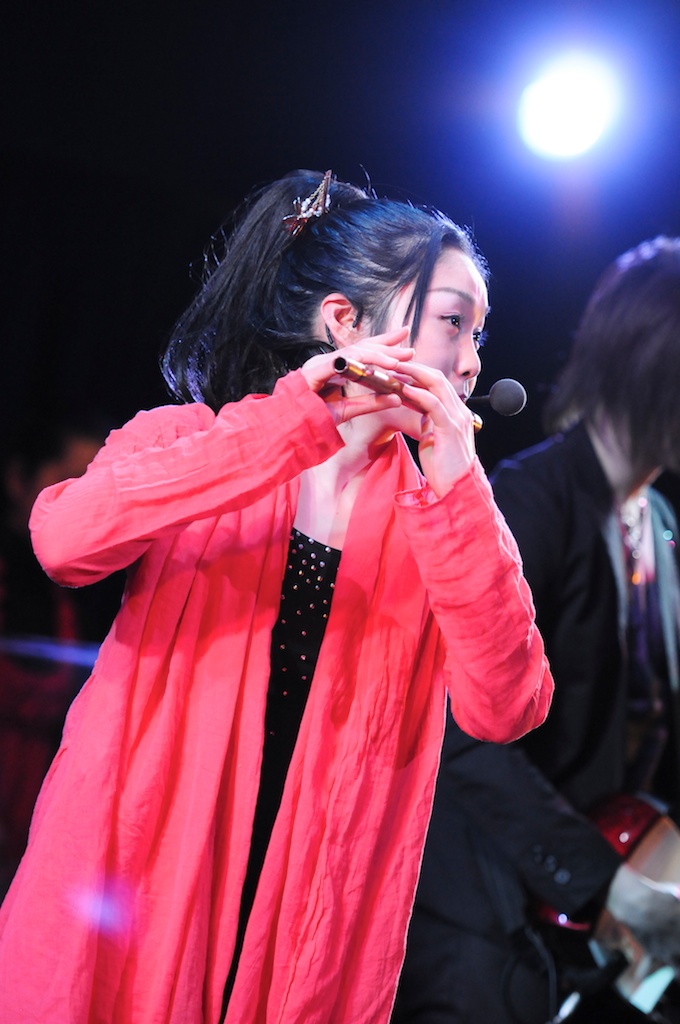 In addition to performing flute, she is active as a composer and a teacher of Japanese flute.